Interesting general questions that are asked on a regular basis.

What is the Difference Between a Virus and a Worm? A virus is a program that replicates, i.e. it spreads from file to file on your system and from PC to PC. In addition, it may be programmed to erase or damage data.

Worms are generally considered to be a subset of viruses, but with certain key differences. A worm is a computer program that replicates, but does not infect other files. Instead, it installs itself once on a computer and then looks for a way to spread to other computers. In the case of a virus, the longer it goes undetected, the more infected files there will be on the computer.

Worms, however, create a single instance of their code. Moreover, unlike a virus, a worm code is stand-alone. In other words, a worm is a separate file while a virus is a set of code which adds itself to existing files. Malware - short for malicious software - is an umbrella term that refers to any software program deliberately created to perform an unauthorized and often harmful action. Viruses, backdoors, keyloggers, password stealers and other Trojan horse programs, Word and Excel macro viruses, boot sector viruses, script viruses (batch, windows shell, java, etc.) and Trojans, crimeware, spyware and adware are but a few examples of what is considered malware.

It was once sufficient to call something a 'virus' or 'Trojan horse', but infection methods and vectors evolved and the terms virus and Trojan no longer provided a satisfactory definition for all the types of rogue programs that exist. 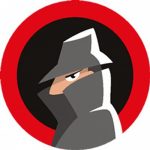 As the name suggests, this is software that is designed to harvest your data and forward it to a third party without your consent or knowledge.

In addition to all of this, spyware inevitably affects your computer’s performance. Adware is the general term applied to programs that either launch advertisements (often pop-up banners) or re-direct search results to promotional web sites. Adware is often built into freeware or shareware programs: if you download a freeware program, the adware is installed on your system without your knowledge or consent. Sometimes a Trojan will secretly download an adware program from a web site and install it on your computer.

Web browsers that aren’t up-to-date often contain vulnerabilities. Such browsers are vulnerable to hackers tools (often referred to as Browser Hijackers) that can download adware to your computer. Browser Hijackers may change browser settings, redirect incorrectly typed or incomplete URLs to a specific site, or change the default homepage. They may also redirect searches to pay-to-view (often pornographic) web sites.

Typically, adware programs do not show themselves in the system in any way: there will be no listing under Start | Programs, no icons in the system tray and nothing in the task list. They seldom come with a de-installation procedure and attempts to remove them manually may cause the original carrier program to malfunction.

In a drive-by download, your computer becomes infected just by visiting a website which contains malicious code. Cyber-criminals search the Internet looking for vulnerable web servers that can be hacked. On such servers, cyber-criminals can inject their malicious code (often in the form of malicious script) onto the web pages.

If your operating system or one of your applications is un-patched, a malicious program is downloaded to your computer automatically when you access the infected web page.

What is a KEYLOGGER?

These are programs which record key presses (i.e. what a user types on the keyboard) and can be used by a hacker to obtain confidential data (login details, passwords, credit card numbers, PINs, etc.).

Why is it necessary to secure my wireless network?

These days, most computers are wireless-enabled: they let you connect to the Internet without a physical network cable. The major benefit, of course, is that you can use your computer anywhere in the house or office (as long as it’s within range of your wireless router). However, there are potential risks involved in wireless networking - unless you make your network secure:

Therefore, if your wireless network is not protected, a hacker could intercept any data you send; access your network, and therefore your shared files; use your connection to connect to the Internet - especially significant if you have a download limit on your internet package and your bandwidth is being swallowed up by a hijacker.

How can I help my children stay safe online?

First think about the possible dangers they face. These include the following:

What steps can I take to protect my children?

What steps can I take to protect my children?

Are you happy to let your children

If the answer is 'yes' to the last two, make sure your children understand they should not chat to users that they do not know.
Remember that the answers may change as your children get older.